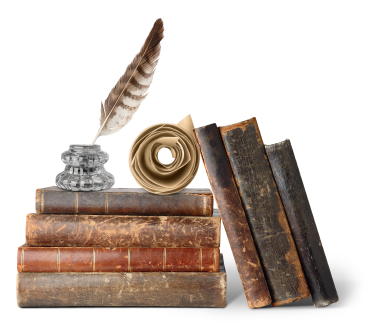 The philosophy and practice of massage as a therapy began in the East and over time, migrated to the Western World. In India, Ayurveda promotes the philosophy that people become ill when the body is out of harmony with the environment. Considered a practice of divine origins, Ayurveda was an oral tradition for much of its history. Between 1500 and 500 BCE, texts detailing Ayurvedic practices and principles were written, which made their way throughout India and Southeast Asia. Ayurveda treatment involves the use of all of the body’s senses to connect with the environment, along with diet, herbs and other therapies to restore balance.

The earliest written records of therapeutic massage were discovered in China. Dated around 2700 BCE, texts detail the medical benefits of massage, which was supported by the principle that energy flowed throughout the body in specific paths that represent the body’s systems. Illness occurred when pathways (or meridians) were blocked, and these blockages were treated with specific techniques and other therapies to regain balance for the body to heal itself. Martial artists of the time, as well as Taoists and Buddhists believed touch to be essential to the spirit and used it extensively for relaxation.

About 200 years later, in 2500 BCE, tomb paintings in Egypt depict practitioners massaging patients on tables. Egypt is also credited with the development of reflexology. In this massage system, pressure is applied to specific points (reflex zones) in the feet and hands, which benefits the systems that are connected to these points.

Around 1000 BCE, Buddhist monks in Japan imported the traditional methods of healing that they observed in China. Modifying the practices into their own system, the Japanese developed what would become Shiatsu. Stimulating pressure points to raise the energy level in the patient is the goal of this system, which was believed to support the internal organs and bolster natural resistance to disease.

These ancient philosophies and practices made their way to Greece around the eighth century BCE. Known for their athletic contests, the Greeks used massage along with herbs and oils as a means of keeping their athletes in top form. Hippocrates prescribed massage, along with fresh air, diet, music, rest and exercise to restore and maintain a healthy body.

Much later—around 200 BCE—the Romans embraced massage therapy to treat a number of diseases and injuries. Roman physician Galen promoted the benefits of massage to the many emperors he served. Combined with exercise, rest and a healthy diet, Galen believed that massage was an integral part of robust health. Wealthy Romans hired physicians to perform massage and public baths were staffed with doctors who gave massages to anyone who would pay.

Massage as a therapy declined in popularity until the 17th century. Advances in medical science displaced the belief that balance could be achieved by manual manipulation of the body. Physicians began to document their observations in the benefits of massage; however, few advances in massage principles were made.

Throughout the 20th century, massage did not experience widespread adoption in the West. It remained a luxury for the wealthy, or for some, a tawdry front for the sex trade. However, in the latter part of the century, renewed interest in natural healing methods resurrected massage as a viable therapy. Today, massage is a legitimate and respected part of maintaining and repairing the body.

Enjoy the therapeutic benefits of a massage in your own home without scheduling appointments or paying for expensive spa treatments - order a massage chair from USM today!